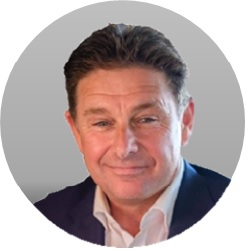 A Chartered Member of the Chartered Institute of Personnel & Development, Alan is an experienced HR Consultant with over 2 decades within the HR arena spread between his career serving in the Royal Navy and civilian life afterwards.

The latter part of his Military career was spent within the intelligence arena working in multinational operations before moving to more people and HR focused roles dealing with cultural change initiatives and becoming an Equal Opportunities Officer & Diversity champion.  Since leaving the Forces, Alan has worked as a HR Business Partner/HR Manager or as a Consultant in various industries including National Rail, Construction, Security, Facilities Management, Manufacturing and Education.  This covered both strategic and transactional HR areas including employee relations like disciplinary matters, TUPE; recruitment; training and development; and more specialised programmes of organisational and culture change initiatives, professional development and talent and competence management.

A combination of academic work and ‘hands on’ experience resulted in Alan becoming a Member of the City & Guilds Institute and gaining a Masters in HR Management.

Notably, Alan completed 30 years’ service in the Royal Navy, serving on nine different ships and several shore establishments.  Initially, he trained as a Radar Operator, Aircraft Controller and Ships Diver.  He spent time as an instructor in the School of Maritime Operations & with Flag Officer Sea Training preparing UK and NATO units for operational readiness.