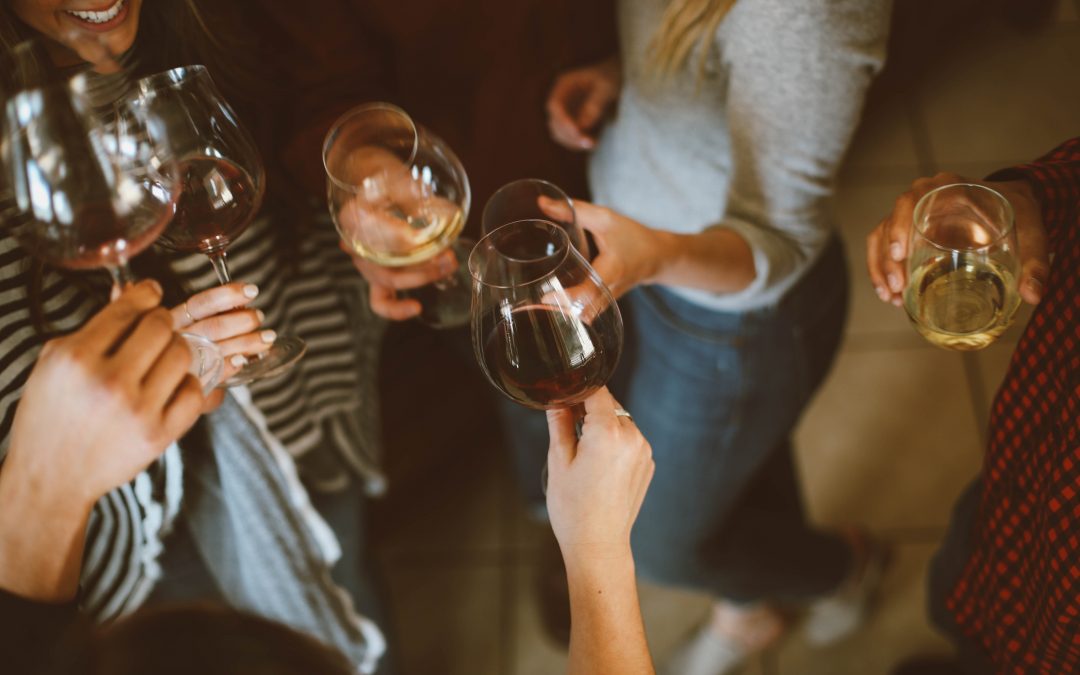 Photo by Kelsey Chance on Unsplash

My dear Mum regularly says to me, “Christmas seems to come earlier every year” and these words certainly struck a chord as I passed a giant Christmas tree while walking through Abidjan Airport in the Ivory Coast on 25 January 2017. Had the tree in question simply not been taken down following the 2016 celebrations; or were the festive celebrations still ongoing; or was the tree already in place for 2017? I will never know!

Christmas is a time of joy, a time of giving, a time of celebrating, a time of eating and a time of the works Christmas Party. Often regarded as the annual event of the year and seen as a reward for employees for their hard work and commitment during the year, it is a chance for colleagues to let their hair down, have a few drinks and enjoy themselves. However, it can have its downsides. Following an incident at the previous year’s party, in my capacity as HR, I had to issue an all-staff communication in the week leading up to the Christmas Party. It reminded all employees to “behave themselves” at the forthcoming event. I may as well have signed the communication as Ebenezer Scrooge, who Charles Dickins described as “The cold within him froze his old features, nipped his pointed nose, shrivelled his cheek, stiffened his gait; made his eyes red, his thin lips blue; and spoke out shrewdly in his grating voice“, as this was exactly how I felt on that particular day!

There are many things that make Christmas special: gifts under the Christmas tree; lights in the windows; cards in the post (not so popular these days, eh Mum?); over indulgent eating; the possibility of snow in the garden; stockings hanging in the living room; shouts of “Merry Christmas” to strangers in the street; and the office party… back to that subject again.

The recent case of Bellman v Northampton Recruitment Ltd has highlighted the real pitfalls which can befall an employer. In this case the Court of Appeal ruled that an employer was vicariously liable for an assault committed by its Managing Director at drinks which followed the office Christmas Party, overturning the High Court decision.

The MD had assaulted one of the company’s employees, causing him to suffer a severe traumatic brain injury. The incident took place in a hotel where a number of staff had gathered spontaneously for drinks after the office Christmas Party had finished. In the early hours of the morning the MD began to lecture staff about how he owned the company and made the decisions. When one employee challenged him, in a non-aggressive manner, the MD punched him twice leading to the employee bringing a claim for damages against the company, arguing that it was vicariously liable for the MD’s conduct. The High Court held that there was an insufficient connection between the MD’s role and the assault for the employer to be held liable. The drinks were separate from the Christmas Party itself and the incident had arisen in the context of “entirely voluntary and personal choices” on the part of those staff who chose to engage in a late drinking session.

However, The Court of Appeal overturned the High Court decision. The test for vicarious liability required it to consider whether there was a sufficient connection between the MD’s position and his wrongful conduct.

The Court of Appeal asked two questions. First, what were the functions or field of activities entrusted to the MD? This is wider than an assessment of what he was expressly authorised to do. The MD was the directing mind of a relatively small “round-the-clock” company, with responsibility for all management decisions. The Court therefore concluded that the nature of their job was very wide.

Second, was there a sufficient connection between the MD’s job and the assault? The drinking session was not a seamless extension of the Christmas Party but the company paid for the drinks and taxis, and the MD wore his “metaphorical managing director’s hat” when he chose to deliver a lecture to his subordinates. The Court concluded that despite the time and place, the MD was purporting to act as MD of the company. His position of seniority was a significant factor in the decision. It therefore ruled that the company was vicariously liable for the MD’s assault.

So what are the implications of this? The fact that an incident has occurred outside an official company function does not prevent an employer being held liable for its employees’ actions. However, the nature of the MD’s role made this an unusual case and cases on vicarious liability will always turn on their own facts. One of the judges was keen to emphasise that liability will not arise merely because there is an argument about work matters between colleagues which leads to an assault, even when one colleague is markedly more senior than another.

Obviously, Northampton Recruitment’s Christmas Party ended very sadly, and I would hope it is a rare occurrence. If you still have your party to look forward to, it is worth remembering that while the works Christmas Party is a time to eat, drink and be merry, it is also worth reminding staff of what behaviour is acceptable. On the other hand, contact us if you’ve had an incident at your works party and would like some help in appropriately handling the individuals concerned.